For the first time, it is possible to play a transgender character in Rainbow Six Siege. Simon Ducharme, the scriptwriter behind the operator Osa, tells us more about this character and about the importance of seizing opportunities to create games that are more representative of different lived experiences.

Who is Osa? Can you talk to us about the character?

Simon Ducharme : Osa, also known as Anja Katarina Janković, her legal name, is one of the new playable characters added in Year 6 of Rainbow Six Siege.

Osa is tech genius who works for Nighthaven, a private military enterprise. She is the director of their Research and Development division, Quantum Concepts & Robotics (QCR), and she is a trained field agent. She is also a trans woman.

Osa is a huge fan of old science fiction movies, particularly the fictional film Empress of the Plutomatons, from which she draws a lot of inspiration for aesthetics and for her fantastical approach to technology. Her boss, Kali, recruited her to join the Siege program in preparation for the Six Invitational tournament, which she hopes to win.

How did you make sure to faithfully represent the experience of being a trans person?

S. D.: To begin with, for this first tentative exploration of gender in our game, it made sense to trust the creation of Osa to the writer who is most aware of the LGBTQ+ experience, being queer myself. Beyond that, Tina Chan and Marie Roy on our team made sure to represent and respect the experience of trans people by consulting trans women throughout the process, and by sensitizing the team as much as possible

The three people we consulted (Emi, Trin & Jade) are familiar with the Rainbow Six Siege project, and the feedback process with them was informative and friendly, and it allowed us to create someone who represents them directly while being an integral part of the game world, as well as a playable character.

Finally, the most important part of bringing our characters to life is the voice. From the beginning, the team was entirely devoted to working with a trans woman to find Osa’s voice, and in working with a specialized casting consultant, we were able to give the role to Nicole Maines, whom you might recognize from the TV series Supergirl.

What were the reactions to this character being announced?

S. D.: The reaction has been largely positive – the people in our community who are interested in the narrative of these characters are pretty open, and many big names (esports, content creators) offered their support.

There are always trolls who refuse to allow space for inclusion and diverse representation, but all things considered, Osa seems to have been well received not only as a person, but also as a playable character. 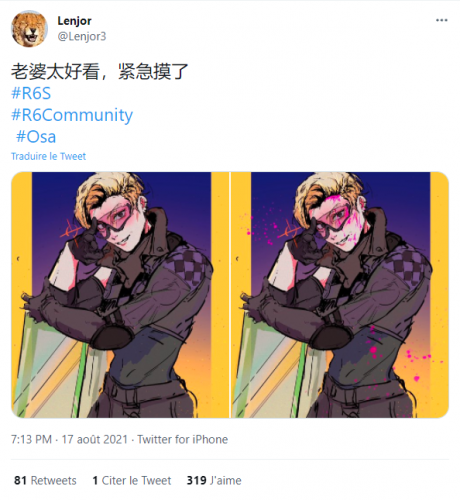 Why do you think it’s important to have characters with diverse identities?

S. D.: The narrative of a video game always has a goal, and that goal lives between two ends of a spectrum: reality and fantasy. On the reality side, it’s simple: people with diverse identities exist and they exist in every sphere of life – ignoring them is ignoring reality. On the fantasy side, it’s also simple – an ideal world is a world in which we can live our differences without fear of discrimination.

Personally, I believe it’s our responsibility as people who make fictional content to push people to be more open and inclusive. The world is always better when we live in it together, without excluding people with marginalized identities.

When I think specifically of Rainbow Six Siege, I know that a large number of our players are probably not confronted with these realities in their daily life. The inclusion of diverse identities in our context is perhaps not a debate, not a philosophy lesson, but it allows our players to get to know characters who are different from them. The next time someone talks to them about trans women, for example, they can think of Osa. They’ll have a face and a person in mind, and I think for a lot of people that’s the first step they need.

Do you believe that we’ll see more and more LGBTQ+ characters in Ubisoft games?

S. D.: I really hope that Siege’s initiative is not an isolated case. Regardless of the type of game, there is a place for characters (and people) from the LGBTQ+ community. The more we make ourselves heard, the more difficult it will be for other games to ignore our existence.

As for Rainbow Six Siege, the team has always wanted to represent the world and the people who live in it. Since the beginning of Year 6 we’ve seen the addition of LGBTQ+ characters with Flores and Osa, and we’re not stopping there. 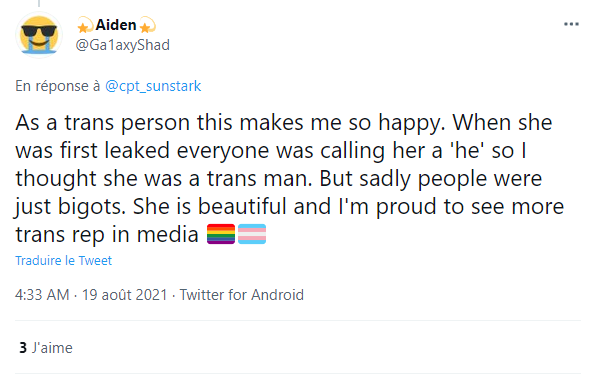